IT FEST “UNPLUGGED 10.0 ” AT THE KHAITAN SCHOOL, NOIDA

An Online Inter-School IT Fest “Unplugged 10.0 ” was organized by The Khaitan School, Noida on Friday,  July 26, 2022. Eshaan Sinha Class XI C and Divyansh Srivastava Class XIC won the First prize in the event “Beyond The Brain”, in which they presented an AI model to predict if a person is susceptible to get Diabetes. 13 schools participated in this event.

Vaibhav Kumar of X-C (Cambridge School Noida), has secured the 12th Rank in ‘ICAI Commerce QUIZ 2021’ held online on 5th September 2021. He has been awarded a cash prize of Rs.2000/-. with Merit Certificate. The ICAI is the second largest professional body of Chartered Accountants in the world. There were participants from 21 countries for the ICAI Commerce Quiz

ITIHAAS organized ‘Clap For’, a competition meant for students all over India, in which they could team up with their schoolmates, neighbours, teachers or family members, to write, compose and sing an original song. The themes were related to COVID-19 and its effects in various aspects of our lives. Our school team, comprising of Mr. Gunjan Jha, along with Kshitij Vedi, Aradhya Jha and Mehak Sharma from class XII participated in the same. The theme chosen by them was ‘No One’s People’, where they sang about the hardships faced by migrant labourers during the pandemic. Over 1000 teams participated in the competition, and 500 of them qualified for the zonal round. This round was conducted online, wherein the participants were interviewed by an esteemed panel of judges about their song and its making. The competition culminated in a mega event, also conducted online, where participants took part in various creative and engaging workshops conducted by experts in the fields of music and theatre. The results were announced at the end of the event. Our school team was among the TOP 5 teams who won the Competition. 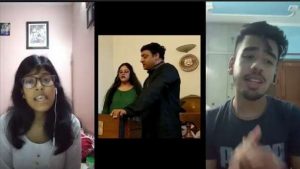 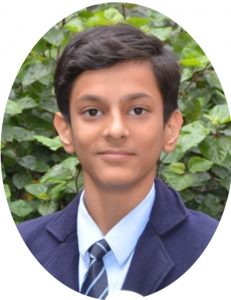 On 17th October 2020, Maithily Nautiyal (Class IXE) participated in ‘Supernova 2020’, organized by Vishwa Bharati Public School, Greater Noida. Maithily has done the school proud by winning the second prize in ‘Monologue Memorabilia’- Dramatic Monologue of Victorian Era, an interschool competition which had participants from schools across Delhi and NCR 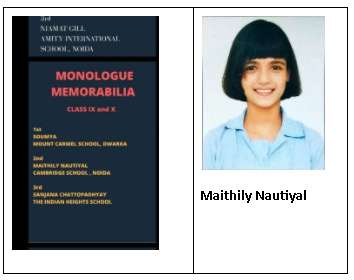 An online inter-school IT Fest ‘COMPUFEST 2020’ was held at Seth Anandram Jaipuria School Vasundhara, Ghaziabad on October13, 2020 in which 2 of our students participated in the Fest. More than 40 Schools of Delhi and NCR region participated in various competitions.

Mathematics Department conducted Hey Math Marathon an online competition of Mathematics for the classes 6 and 7 in the month of September.

IT FEST HELD AT SANSKRITI SCHOOL,NOIDA

An Online Inter School IT Fest “Project Beta” was held at Sanskriti School ,Delhi from 15th August to 22nd August  in which about 22 schools of Delhi/NCR participated.

On the occasion of Independence day.

An interschool online photography competition was organized by Bal Bharti Public School, Noida. It was based on art integrated learning and promote creativity in the students. 8 students from our school participated in the event. Aradhya Paul, class IX-A, won 2nd position in Popular Choice award for her creation “TRAPPED INSIDE MY BODY, SUFFOCATING INSIDE A SMILING COFFIN” under the category A picture is worth a thousand emotions. She captured the human emotions wonderfully in her frame. 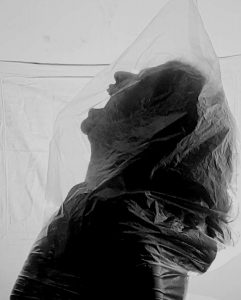